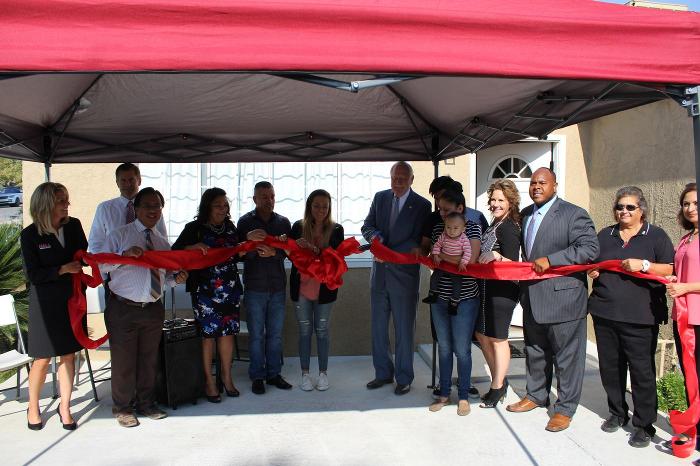 Ernesto and his wife Isela are a hardworking couple with a beautiful family. Though employed, Ernesto with California Mini Mart (which later became Valero) since 1993 and Isela working in the agricultural fields, they struggled to make ends meet. In 1998 they received approval and entered the Section 8 program and moved into their first apartment. They were both grateful and excited that their 3y/o daughter, Itzel, would have her own room and a decent roof over her head. In 2002 their second child, a boy they named Ernesto, was born.

7yrs later, 2009, their Service Coordinator, Mrs. Rufus, told them about the Family Self –Sufficiency Program (FSSP) and encouraged them to participate. Like many couples they were both skeptical yet excited about the possibility of one day becoming homeowners. Ernesto and Isela attended a wide variety of workshops that taught them how to improve their credit, manage their money and about the home buying process.  While in the program they worked diligently towards the goals that they had set for themselves, determined to succeed.

In 2014 they suffered a serious setback that threatened to destroy the progress they had made. Isela was pregnant and it wasn’t going well. Baby Iliana was born at 30 weeks and weighed only 2lbs. She spent 4 months in the hospital, Ernesto and Isela by her side. Not wanting to see their hard work and sacrifice go to waste Mrs. Rufus worked with the family so they could receive an extension on their contract. They received it. This extension allowed Ernesto time to return to work and regain the momentum they had developed prior to Iliana’s birth.

In May 2015, with their baby home, they graduated from the program and received an Escrow Savings Check in the amount of $21,561.00. This money was going to be used as a down payment on their new home, but they weren’t ready to buy a home…not yet.  Their baby’s illness had set them back financially. They had bills to pay and had to work on improving their credit. Using the knowledge they had gained in their FSSP workshops Isela and Ernesto made the decision to put their Escrow Savings Check into a savings account and developed a plan to pay down their debt and improve their credit.

In September of 2016 their dream, the one they had worked and sacrificed so much for..the one they clung to on those dark and lonely nights as they slept next to Iliana in the hospital, had finally come true. They were now homeowners!

Their 3 bedroom 1 bath home is overflowing with love and happiness. Itzel who was 3 years old when her parents entered the Section 8 program is now a 20yr old University student attending California State Bakersfield and is majoring in Nursing. Ernesto is 14 years old attends high school and plays on his school’s soccer team. Baby Iliana is happy, healthy and crawling all over her new home.  Ernesto already has plans to add an additional bedroom and bathroom to their home so each child can have a room of their own.

It has been a long and winding road for the Vasquez family and they are deeply grateful for the help they received from the Housing Authority of Kern and the Housing and Opportunity Foundation of Kern and of course their Service Coordinator Mrs. Rufus who was by their side the whole way. They consider her their personal guardian angel and feel that they would not have been successful without her.