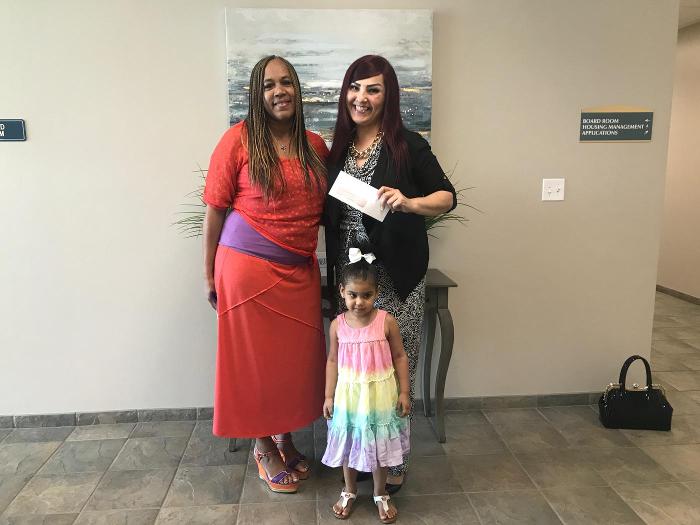 Stephanie Herring became a part of the Housing Authority of the County of Kern -Section 8 Program in September 2009 and joined the Family Self Sufficiency Program in April 2013. She is a mother of two in which she raised as a single parent and has full custodial rights of her two grandchildren which she’s been raising for years.

Stephanie was aware of the five-year program and knew she needed to set goals for herself to fulfill and set her main goal to become self-sufficient and economically independent through attaining employment. She started working at Williams Sonoma since August 2015 and worked as a Customer Service Representative in the Shafter, Ca office and now works from home. She also fulfilled her second goal, to be TANF free within 2 two years of working. Stephanie also attended a Home Ownership Counseling Workshop and our FSS Conference which helped her with information on budgeting and maintaining a good credit score in hopes of owning a home.

Stephanie was receiving money through an escrow savings account for three years and when her contract date came on April 2, 2018, she was able to receive her balance. She has plans to outreach to women in need and is now a licensed Woman's Minister with a vision to help them become economically independent.

Service Coordinator, Michelle Way, guided Stephanie into completing her goals and continues to guide her throughout her journey to success. Considering how much she has accomplished in a short period of time, we believe she will do greater things for herself, her family and her community.